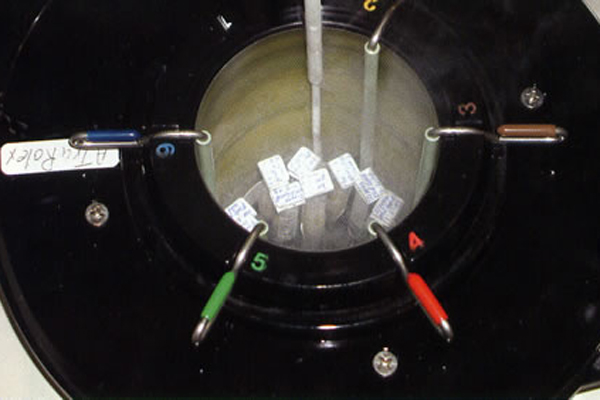 Last week I mentioned  that 50% of this years NCHA Non Pro and Open Futurity finalists were sired by Stallions based in North America.

Lets take a look at the pros and cons of breeding your mare to a US based stud using frozen semen. There are a lot of things to consider when choosing a stallion to breed to your mare and with the emergence of Frozen Semen the choice is huge and somewhat difficult.

According to Dr Stuart Kellar from TEVS there are a lot of tings to consider when deciding whether to use frozen semen for breeding and there are , like everything pros and cons. Firstly the pros – the first and most obvious is the availability of a larger gene pool and a larger choice for the mare owner. And I guess thats probably a significant plus.

On the downside however there is an increase in time and money needed to prepare your mare for the insemination.  According to Dr Kellar ” With the three options available today for breeding, Live mating, Chilled Semen and Frozen Semen without a doubt optimum fertility from the stalli0n is still acheived by live matings, with chilled semen second and frozen semen third”. Also the longetivy of frozen semen is less than chilled semen.

There is a also a downside with chilled semen, “because of transport restrictions in Australia you are unable to garuantee delivery of chilled semen over the weekend period, so if your mare is ready for insemonation between  saturday to monday morning, then there’s a very good chance you’ll miss out because the chilled semen could not be delivered at the optimum time.”

Because the lifespan of frozen semen is shorter the window of opportunity to get a succesful breeding is also less compared to chilled semen. “Fertilisation using frozen semen has an intensive management process – even with the use of ultrasound the opportunity to have the sperm reach at the time of ovulation is less because of the virility of the sperm.”

With technology improving on a daily basis there will come a time when the life span of frozen semen is improved. Click this link now – WebDesign499 for more information about new technology online. It is also recommended that you avoid using frozen semen for older mares Dr Kellar continues, “Because it is a well known fact that Quarter Horses mares have a longer productive life than other breeds, this really needs to be a judgement  call, as a rule frozen semen is not recomended for older mares.”

Other things to look out for is just how much testing has been done on the semen that has been imported,  “A small amount of frozen semen in the past has been imported without appropriate provings, some semen importers have been caught out by not test breeding their semen in the states before bringing it into Australia”. However Dr Kellar adds with the appropriate proving of semen before importing the results can be very satisfying.

With all that in mind I asked Donna Murpy from Hawkins Equine Breeding Centre of her thoughts on frozen semen, her views echo the sentiments of many people invovled in the breeding of cutting horses in Australia,

“Imported frozen semen use has increased in the last couple of years. Unfortunately the cost of comparable semen is only from 2nd grade ordinary stallions in the states and our breeders are sometimes under the mistaken belief that imported is better. The better frozen semen is actually quite a bit more expensive than the good stallions we have standing in this country.

The likes of Sophisticated Cat, WR This Cats Smart, Mettallic Cat and Third Cutting are all around the 4-6k mark where Acres is our most expensive at 4k. Unfortunatly we have many well bred home grown stallions that are not getting any mares because of the belief imported is better. We are in for an interesting time in the breeding game”.